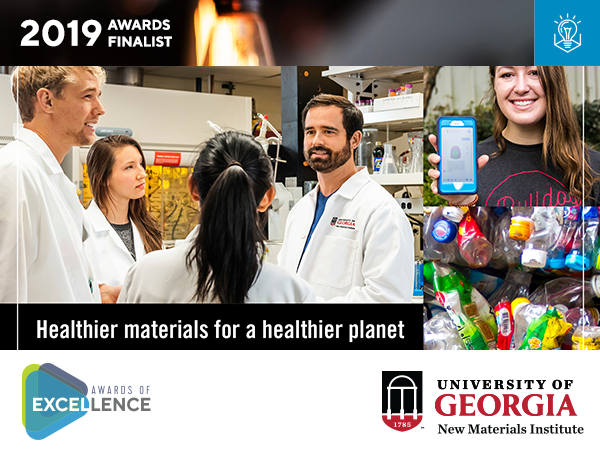 The Office of Industry Engagement (OIE) at the University of Georgia (UGA) was founded in 2016, with the directive to facilitate partnerships between businesses and faculty that align with UGA’s research capabilities and priorities. Establishment of this office was part of a strategic and intentional investment in the innovation ecosystem at UGA, which is reaping significant results. Since 2013, total research expenditures have increased by 30%, with industry-funded research increasing sevenfold. During this timeframe, UGA researchers have collaborated with over 350 different companies. True to its mission as a land-grant institution, UGA places a high priority on moving research from its labs to the marketplace. Their institutional commitment has borne fruit – recently, UGA was ranked No. 1 in the nation for bringing new products to market.

Partnerships between industry and UGA’s strategic research institutes are a key lever for economic growth and development. One such institute, the New Materials Institute (NMI), has demonstrated the impact that these industry-academic partnerships can have on the local and global economy. Formed in 2017, NMI focuses on addressing the global challenge of persistent plastic pollution through multidisciplinary research, partnerships with industries and governments, and the training of young scientists and engineers. In just two years, NMI’s unique, holistic and practical approach to addressing plastic waste, coupled with a strategic plan for industry engagement, has led to 38 new partnerships, $13,913M of partner-sponsored research, the launch of one start-up company and 7 graduate students working directly with industry partners.