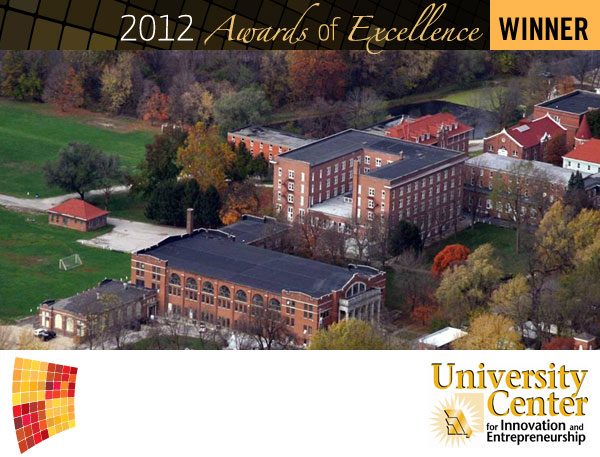 The city of Boonville, Missouri, established in 1817 as a Missouri River port and named for Daniel Boone, has more than 400 sites on the National Register of Historic Places, including the Kemper campus and numerous examples of antebellum architecture.

The city and Cooper County, of which Boonville is county seat and the largest community, lost nearly 16 percent of its jobs from 2008-09. Median household median income from 2006-10 was $36,625, and the percentage of persons below the poverty level was 16.5 percent. National median household income in the same period was $51,914, and the poverty level was 13.8 percent.

The closing of the gracious, 46-acre Kemper Military School with its red-brick neocolonial architecture presaged the recession and lost the city its brightest star. Established in 1844, it had a national reputation as the “West Point of the West.” Prominent alumni include Will Rogers and Donald Tyson, former president and CEO of Tyson Foods. The loss of more than 100 cadets and dozens of instructors, administrative, support and custodial positions was a severe blow. Boonville also lost its sole institution of higher education. Students were forced to commute to Fayette, Marshall, Sedalia or the University of Missouri in Columbia.

The city of Boonville purchased the campus in 2003 to preserve it, converting some of its green space into a park with a football field, soccer fields, a lake, three baseball fields and tennis courts. The city also leased the field house to the local YMCA. The city adopted a strategy of developing the vacant land and supporting the development of the YMCA. The city also hired a marketing firm to sell the campus proper as one unit, a strategy that did not yield results.

The school’s other nine main buildings remained vacant, and maintenance became increasingly problematic. In 2010, the administration building’s tower collapsed, damaging the building and its roof.

How to preserve this handsome campus, attract new jobs and keep Cooper County students at home? The city council had already rejected some proposals because of their perceived adverse impact on the community.

Jim Gann, UCIE director of technology business development, had a personal interest in this matter. As a Boonville native and current resident, Gann believed that Kemper’s further decline would have a dramatic impact on his home community and the quality of life there. He stepped in to help.

At the request of the city of Boonville, Gann plunged into research on historic preservation, explored ideas for appropriate tenants for the campus and carefully considered community needs. At Gann’s urging, the city recognized that a transaction involving the campus as a whole would not be likely, and that the best solution would lie in viewing each individual building as a separate project. High on the list of concerns for the community was returning the campus to a center of education while maintain its historic feel.

In addition to the historic appeal and culture of a Midwest river town, Boonville also has a destination attraction in the Isle of Capri Casino and Hotel, several Victorian B&Bs, a boutique hotel, an historic opera house that serves as the site for several statewide performing arts festivals each year and a regionally acclaimed restaurant. The community also has strong leadership with a deep interest in economic development and a citizenry with deep roots in the community and an interest in bring jobs and opportunity to the region.

The campus had much to offer: at least one building that could be renovated rather easily; access to playing fields and athletic facilities; and the YMCA’s pool, gym and childcare.

After considerable stakeholder involvement, it was decided that the community could no longer wait, and that something should be done. A vision emerged of an “open source” education center. With shared services of recreation in place and the prospect of bringing a regional library, cafeteria and housing on campus, all of the components could be in place to support a variety of educational entities: State Fair, University of Missouri Extension, educational conferences and others. This mix of uses would lend itself to a high degree of cross pollination of programs: For example, a SFCC hospitality class could use the proposed conference center for experiential learning.

Such occupational/educational/athletic cross-pollination is all but nonexistent in the U.S. To move the project from vision to reality, Gann initiated, facilitated or supported:

The city rehabilitated and leased one building to SFCC, and a full slate of classes began in September 2012. Offerings range from history, literature, psychology and other liberal arts courses to professional and vocational instruction such as the biological sciences, public speaking, business, economics, computer science and keyboarding.

SFCC is also currently pursuing approval from the Missouri Coordinating Board for Higher Education to offer an Associate of Arts (AA) degree at the Boonville location.
The AA degree is designed for transfer to a four-year college or university, and will give Boonville area students another option for their degree.

More than 50 full- or part-time jobs will ultimately be created at the refurbished campus. Instructor positions are not online, but will teach in actual classrooms.

Prior to the interaction by our office, but still relevant to the overall project, the city of Boonville had invested $1.5 million in the rehabilitation of Kemper’s field house and indoor pool to accommodate the establishment of the Boonslick Heartland YMCA. That facility now serves 2,700 members and supports 4 full-time and 44 part-time paid staff members.

After the interaction by our office, a new plan was formulated to view the other campus buildings as individual projects. The recruitment of State Fair Community College to establish a satellite campus was the first step on this plan. The campus opened last month. The near-term result of this step was an investment of $1 million by the city of Boonville to rehabilitate a building and build parking facilities. In its opening semester, SFCC has registered 70 students and is supporting 2 full-time and 50 part time adjuncts for instruction.

In the long-term, State Fair’s presence validated the vision of returning this campus to an educational hub for the region, and with presence of SFCC, the city has been inundated with proposals for further campus redevelopment. The proposals range from the establishment of student housing using historic tax credits to market-rate senior housing financed by an “A” list Hollywood actor to a national training center for a Fortune 100 company to the establishment of an elder hostel. The proposals are very diverse. With the assistance of our office, the city is working through these proposals to see how multiple projects may come together to provide the best “fit” for the vision. This process has been very time consuming, but if done right could fully rejuvenate the campus and attract significant investment. Strangely, 286,000 square feet of space was vacant for 10 years, and now, there doesn’t seem to be enough space to accommodate all of the serious inquiries.

The number of jobs created could be substantial just on the face of the projects, but it is believed that the true economic impact of the project will be in the workforce development opportunities created by the “cross-pollination” of the various campus tenants. Admittedly, this is still very much a work in progress, but the results could be significant for the city, county and region.

This creative repurposing is just the beginning. Gann and the city are pursuing other models of higher education for the open source Kemper campus. It is envisioned that the campus will become a center for occupational employment. To support this development, the City is currently in the process of establishing a community development corporation, and marshaling the resources of the Industrial Development Authority and Municipal Facilities Authority to support the project.

Examples of workforce development may include:

Casino courses. Because Boonville is the site of a successful casino operation that has brought jobs and opportunity to the region, city, business and educational leaders are considering offering courses in slot machine maintenance and other casino-related vocations to offer a better-prepared workforce for the casino and hotel. No such options are available anywhere in the Midwest.

Lodging. Another option is for the campus to serve as a lodging destination for educational institutions that offer tours and adventure educational programs. Not only would the historic nature of the lodgings be appealing, but the community itself offers a wide variety of interesting historical education opportunities as well.

Creativity and innovation and community and economic development

This project seeks to combine the resources of multiple partners to create a project where the whole is truly greater than the sum of its parts. By leveraging the assets of the city’s vacant campus, the presence of the YMCA, the relocation of a regional library and the opening of a SFCC satellite location, a center of excellence can be developed in multiple models of education – all done while maintaining the rich historic fabric of the community.

In a region of the Midwest that has suffered economically but offers diverse employment, cultural and historical assets, this project will serve as role model for communities trying to make the best of what they naturally have. It is a unique approach to rural economic development that not only creates jobs and opportunity, but adds another attractive destination to a hard-working community that already has much to recommend it.

Hundreds of communities in the United States, especially those with historic or endangered sites or districts, can benefit from such imaginative repurposing. Converting historic structures into condos, themed restaurants or hotels is not a viable option for many small cities and towns. UCIE’s multi-industry, community-centered approach advocates smart growth, community involvement and betterment while retaining both the historic structures and the community’s civic and spatial values.